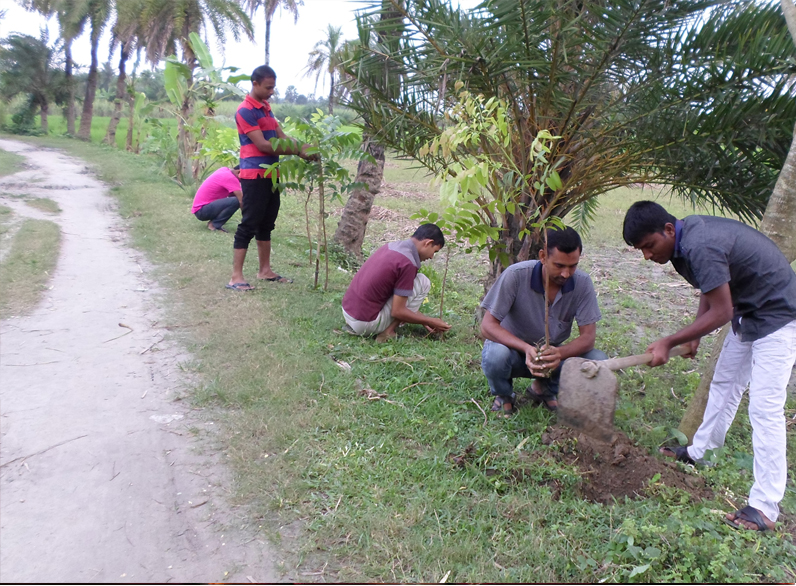 Association for Rural Peoples Advancement (ARPA) believes in the service of human beings for their total (Socio-economic, Cultural, Education, Political and Spiritual) development. Therefore, it gives priority to the poor, oppressed, marginalized and deprived group of people of the society for their advancement so to establish their human dignity, values and social justice in the community of rural Bangladesh.

Association for Rural Peoples Advancement (ARPA) has been working relentlessly to reduce poverty since 2009. The north-western districts of the country are poorer than the other districts. The formal banking sector in our country is developing. But they did not provide financial services to the poor. This sector concentrates on large loans to the high income group, thereby completely excluding low income group.

The microfinance movement, however, has shown that there is a thriving market among the poor when financial products cater to their specific needs. The poor are a quite active group in any economy. Association for Rural Peoples Advancement (ARPA) has shown that their needs can be met while at the same time making the institution profitable as well. Due to this, the people of these areas are socio-economically in bad condition. Illiteracy, Unemployment, Unawareness, Mal-nutrition and Unhealthy situation are prevailing all over the areas. As a result, majority of the people live in below living standard. Besides, the gender situation is also not good due to social mal-practices. Majority of the women section are abused and tortured mentally and physically. On the other side, most of the children are mal-nourished and sometimes become victims of trafficking and child labor.

By observing and understanding all the above stated miserable conditions and realities several enthusiastic, energetic and social minded young men came forward to volunteer their services for the needy people and established an Organization named Association for Rural Peoples Advancement (ARPA) as on 2009.

To eradicate poverty through undertaking different types of development and welfare activities.

To promote child and adult education for awareness rising and to eradicate illiteracy and numeric.

To promote primary health and hygiene education for better health and nutritional conditions including supply of safe drinking water and sanitary latrines.

To establish human rights and dignity by promoting legal awareness and support in case of need.